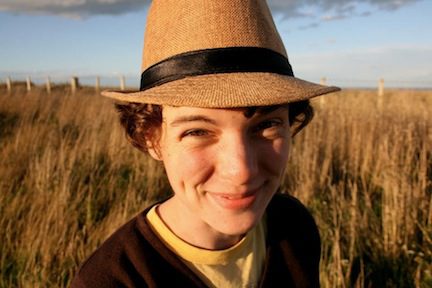 Tinkle is meant to refer to a light
ringing sound, like that of a tiny bell.
But to me, it’s just another polite
way of saying urinate, one you tell

your kids to use instead of pee or piss,
or say to your toddler when he’s potty
training – “Is it time for a tinkle?” – and his
head nods urgently. You also hear dotty

old women excusing themselves from the
table at restaurants with a perfectly
nonchalant “I’ve got to tinkle.”– “Uh-huh”
says her chorus of friends, all elderly

and already accustomed to this shocking
decline from English to baby talk.

The obvious thing to point out here is
the similarity between twaddle’s
first syllable and a word that appears
in crude reference to female genitals.

For me, though, that’s lost in the general
silliness of the word twaddle itself.
It always makes me think of ancestral
estates in Great Britain full of top shelf

liquor and bored aristocrats rabbiting
on about cigars and drawing rooms
and inheritance tax and the habits
of Lord and Lady so-and-so, of whom

they speak in reverent tones. Outmoded as
their useless twaddle is this useless class.

I can’t say wasps. I don’t even know
how many syllables it’s supposed to
have. On paper, it’s clearly one – there’s no
e before the s, so the plural’s not two

distinct syllables. But try saying it.
It comes out like wass-pizz or wass-pa-za.
That’s two or even three syllables fit
into a little one-vowel word, a

signifier that almost seems to form
the signified’s own sound, a buzz that comes
after the word, indicating a swarm
of angry insects, their dangerous thrum

growing in volume as they advance toward
me, and I’d cry, “Wasps!” but I can’t say the word.

HOLLY PAINTER is an MFA graduate of the University of Canterbury in Christchurch, New Zealand. Her poetry has been published in literary journals in the US, New Zealand and Australia. These poems come from Awkwords, a collection of sonnets about awkward words. Holly lives with her partner in Singapore, where she writes love poems on behalf of besotted people around the world right HERE.