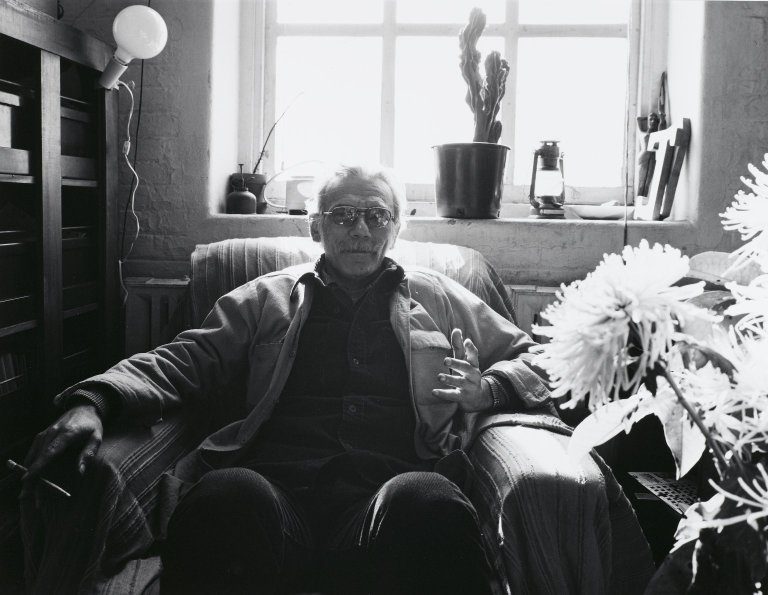 Don’t Touch the Poet:
The Life and Times of Joel Oppenheimer
By Lyman Gilmore
256 pages

The public life of Joel Oppenheimer (1930-1988) traces the fringes of the east coast post-war poetry avant garde with a unique completeness, while his private life exemplifies the ramshackle heartbreak of an obsessive alcoholic divorcee. But in Oppenheimer’s biography there is, if not a late triumph, at least a coming to peace before rest.

Born in Yonkers, New York, Oppenheimer studied at Black Mountain College with Charles Olson, Robert Creeley, Ed Dorn, and others from 1950 to 1953. By all accounts, Oppenheimer was an outsider at this hot-bed of post-war culture. Speaking little, drinking, writing, and learning to work in the print shop, a skill that would support him for much of his life. Back in New York City, Oppenheimer made a name for himself publishing collections with the independent presses that were then galvanizing a genuine movement in American poetry. The Dutiful Son (1956) was published by Jonathan Williams’s Jargon Society and later reprinted by LeRoi Jones’s Totem Press.

Included in Donald Allen’s The New American Poetry 1945-1960, Oppenheimer published his most famous book two years later: The Love Bit and Other Poems (1962). In the interim, he had achieved a genuine reputation as a playwright with his satiric Western The Great American Desert, which was the first play produced at the Judson Poets’ Theatre. From 1966 to 1968, Oppenheimer was the first director of the St. Mark’s Poetry Project in New York, a position which put him in the epicenter of the New York poetry world, though much of his tenure was spent drinking in his local watering hole while Anne Waldman did the paper work. Waldman would eventually take over for Oppenheimer. He went on to write a popular column for The Village Voice from 1969 to 1984, and The Wrong Season, a successful book about baseball (The Mets were his team). Eventually, Oppenheimer would relocate to Henniker, New Hampshire, a gorgeous, sleepy little town where he taught at New England College.

These and many more biographical details, as well as a healthy helping of gossip, and a passionate attention to Oppenheimer’s writing and relationships, make Lyman Gilmore’s Don’t Touch the Poet a fascinating work. A retired college professor and psychotherapist, Gilmore has also written The Force of Desire: A Life of William Bronk (2006), which treats that poet with the same balance of dedication, curiosity and knowledge.

Oppenheimer’s personal life, at least before he dried out, was a curious mixture of obsessive compulsion and alcoholism. Shopowners in Greenwich Village said they could set their watches by the time the poet walked by their front window everyday, on his way to and from the bar. Oppenheimer’s alcoholic regiment included sitting in his watering hole, Max’s Kansas City, or later, the Lion’s Head, where he’d order a boiler maker and mark the time in a notebook, down the drinks, and do a cross-word puzzle, sweating over the paper until 45 minutes had passed. Then he’d order another round. A doctor had told him it takes the body 45 minute to metabolize that amount of alcohol. The title of the book comes from Oppenheimer’s mouth. When the bar got too crowded and people jostled him trying to order, he’d yell “Don’t touch the poet!” But these are only the more lurid moments of a man’s life. Oppenheimer also wrote some wonderful poetry.

His great theme was love: Requited and otherwise, domestic and wild. The poetry combines tenderness with the chatty intellectualism of the New York avant grade, by way of Black Mountain’s Occam-sharp line breaks and diction. He loved women and he loved baseball. He wrote about both with the ardently candid tone of the wise man at the bar, whispering in your ear. These lines are from “At Fifty:”

but that marriage is gone
and the team won the pennant

In his life and his art, Oppenheimer was infused with the male bravado that in some ways characterised the era. But much of his poetry is genuinely tender, though almost always infused with self-deprecation, like “April’s Fool:”

birds sing and my
son too, in the
morning.
with words, without
words, in the morning[…]
it’s five o’clock in the morning.
she’s silk smooth
beside me, doesn’t stir;
the older boy stays
sleeping, doesn’t stir.
like birds, like
a houseful of birds.
and me the early
worm.

For those interested in post-war American poetry, or life as a poet in New York in the ’50s and ’60s, Lyman Gilmore’s biography fills in a crucial gap. Though less known today than some of his peers, Joel Oppenheimer was an important poet and personality during this period. Oppenheimer’s voice is a quiet one, but insistent. With Robert Creeley, he is probably one of the more domestic poets of his generation. His writing is a clarity, one of few constants in a vibrant, troubled, but ultimately (more or less) redemptive life.