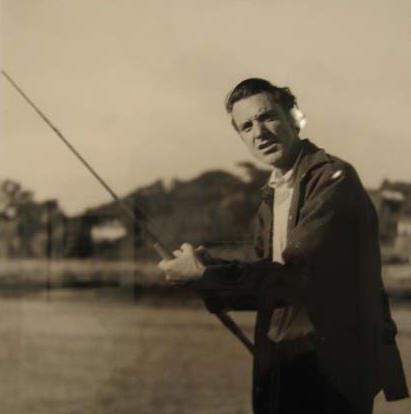 The Beats are big business.

Welch was a central poet to the Beat movement, living with Gary Snyder and Philip Whalen at Reed College in the late 1940s, and soon relocating to San Francisco in time for the San Francisco Renaissance of the late 1950s. Welch was included in Donald Allen’s watershed anthology, The New American Poetry 1945–1960, and in 1960 he also published his first book, Wobbly Rock. Publishing three books in 1965, Welch seemed to secure his place in the post-war poetry scene. However, on May 23, 1971, Welch walked into the Sierra Nevada with a revolver and never returned. A suicide note was found (by Gary Snyder), but Welch’s body was never recovered.

It is not only Welch’s early death that has relegated him to obscurity. In 1973 Donald Allen edited Welch’s Collected Poems, entitled Ring of Bone. With over two-hundred pages of poetry, including five books and a number of uncollected poems, the collection presented Welch as a significant and unique voice in American poetry, with an attention to both ear and mind. His structures and lines express an awareness of jazz phrasing, and his poems are imbued with the focus and playfulness of Zen Buddhism, which Welch practiced. But the book had long gone out of print before City Lights decided to bring out an updated and expanded version, with a new foreword by Gary Snyder.

One unique aspect of the book is its structure. As Welch wrote in a preface: “This book is organized into a structure composed of individual poems, where the poems act somewhat like chapters in a novel. The poems are autobiographical lyrics and the way they are linked together tells a story. Though any of the poems will stand perfectly well by itself, each nourishes and is enriched by the poems before and after it.” This privileging of narrative over chronology gives the book an arc that is constantly engaging.

Some of Welch’s best poems combine a puckish sense of humor with easy concision. “Getting Bald” reads, in its entirety:

This smart, focused simplicity is indicative of Welch’s best work. In a statement on his poetics, he insists: “Language is speech. You ought to be able to say language is speech and then get on with the rest of it, but you can’t because so very few believe it.” This tenet enforces the colloquial diction of Welch’s poetry, as does his belief that the process of writing involves an attempt to keep as accurate as possible to one’s “shapely” mind. And it is a mind that is not only shapely, but engaged, which allows Welch the warm curiosity that charges his nature poems, like “Skunk Cabbage:”

1
Slowly in the swamps unfold
great yellow petals of a
savage thing, a
tropic thing—

While no stilt-legged birds watch,
no monkey screams,
those great yellow petals
unfold.

Here the absence of animals becomes a kind of presence, a full emptiness that borders on a Zen koan. The poem’s final line evinces the savage clarity of expression that Welch insists on. And yet, his poems aren’t all quiet meditations or paeans to the Buddha mind.

Welch didn’t just have an interest in Zen, he also had an interest in guns and alcohol. At its most natural, his voice is that of a backwoods Buddha, a bourbon-drinking bodhisattva. It is humorous, profound, charming, and unlike much else in American poetry. “He Greets, Again, The Open Road” begins:

Shut the shack door,
packed the car, and
drove to San Francisco
400 miles through valleys of larks–

But I don’t care in my Survival Car when
O, my Lady loves to ride with me!

There is a vibrancy in Welch’s work that is one of the attractive features of Beat poetry. What is refreshing, however, is that his focus is not on himself most often, but rather on the mind in the world, gazing, considering, yearning for transcendence. Ring of Bone is an important and welcome publication that will bring this significant poet into wider consideration. There is so much here to feast on, from the first American Zen koan, to graffiti, to wobbly rocks. These poems constantly open themselves to further interpretation, as does the “ring of bone,” which, in the poem “I Saw Myself,” is both a circle and “what a bell does.”