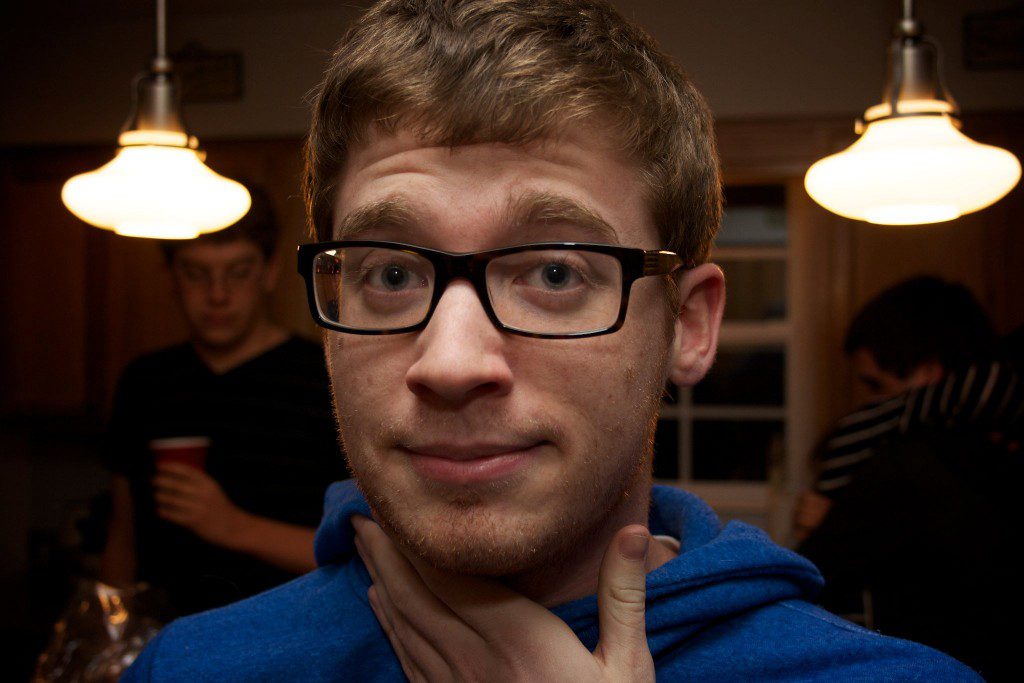 PERFECT FROM NOW ON

The man at the bar had a sweetheart
he gave up. Lost would be inaccurate,

he says, I was twenty-five
and so in love with chasing

the night’s electric drunk—
refilling that glass—that I

became an envelope
licking itself

in anticipation of a letter.
Again and again I wrote

that damn letter, addressed it
to myself, and sent it off

to wherever junk mail goes.
That’s the algebra of the glass,

and folks like me can’t get the sides
of the thing to come up even.

The man looks Anglo as hell,
ruddy, soft, and boyish,

with a gaze that alternates between
thousand-yard and crosseyed.

He’s not a mirror, but I want
to touch his face to make sure.

Not a mirror (I’d never
do that to him)

a sidewinding walk at 3 a.m.,
then a joke misheard as cruel,

now a lock rejecting a key,
my mother recoiling from my breath,

the affront of it a new terror,
a dome of rain I want to touch

than each portal before, as if in time
we’d become whole with it.

To become a kind of whole. I’m sorry.
To put this on him, dreadful.

I ask the man what was in the letters,
the ones that flew nowhere.

He looks at me, then off.
You’ll know them

when they show, he says.
Never open them.

FM STRINGER is a MFA candidate in poetry at the University of Maryland. He was honorably mentioned in the 2013 Intro Journals Project and lives in Washington, DC.