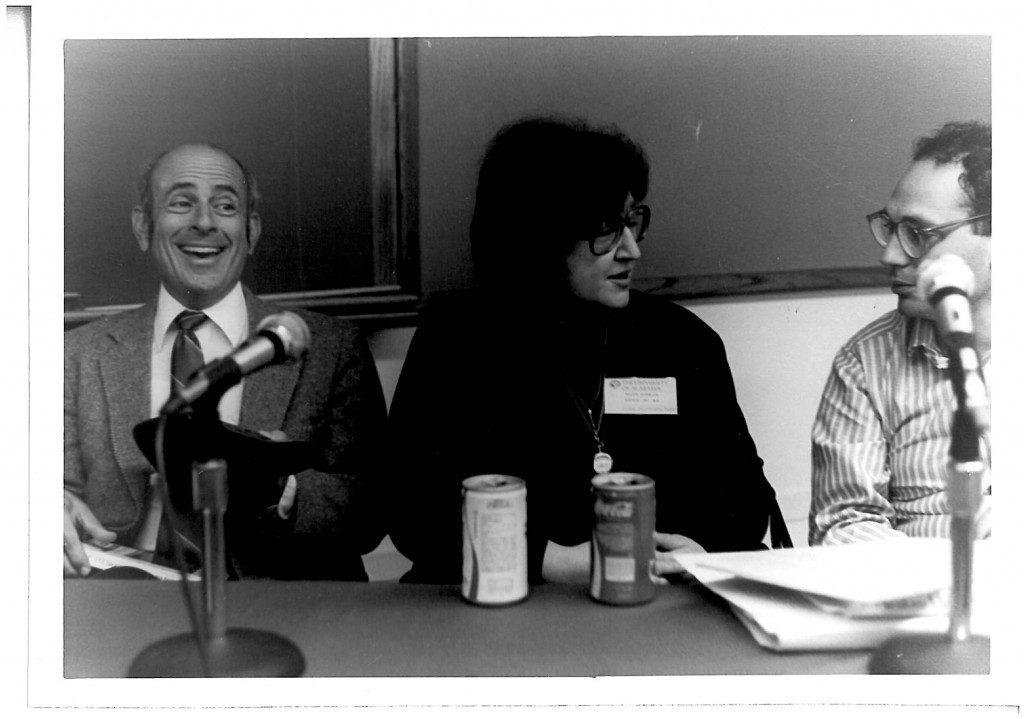 There are a lot of books out there. Books you’ve never heard of, books you’ll never read. Chances are, Louis Simpson’s memoir Air with Armed Men is one of them.

Air with Armed Men, which takes its name from a line by Marlowe, was published in the United States as North of Jamaica. A Jamaican-born poet, translator, editor, and critic who moved to the US at the age of 17, Simpson (1923–2012) is today perhaps best-known for his poem “American Poetry,” a sharp little number that evinces the marriage of common language and the sublime that Simpson sought in his work:

Whatever it is, it must have
A stomach that can digest
Rubber, coal, uranium, moons, poems.

Like the shark it contains a shoe.
It must swim for miles through the desert
Uttering cries that are almost human.

The first half of the memoir details Simpson’s life in Jamaica and his first years in the US. Throughout, Simpson has an unconventional memoir style of interspersing poetry throughout his prose. Simpson seems to hear or see poetry everywhere, and classical quotations, folk wisdom and hymns give texture to his narrative. In the latter half of the book, which covers much of Simpson’s career in poetry, editing, and education, and is frankly more interesting than his childhood stories, these quotes are most often from Simpson’s own work. Upon reading “Howl” for the first time, Simpson “sat down and wrote a parody” entitled “Squeal,” which begins:

I saw the best minds of my generation
Destroyed–Marvin
Who spat out poems; Potrzebie
Who coagulated a new bop literature in fifteen
Novels; Alvin
Who in his as yet unwritten autobiography
Gave Brooklyn an original lex loci.

In pictures, Simpson is uniformly affable. So it’s hard to imagine he could have been a controversial figure in American poetry, but the publication of The New Poets of England and America (1957), which Simpson co-edited with Donald Hall and Robert Pack, thrust the trio into the front lines of what would come to be called the anthology wars. Simpson seems disingenuously innocent as he expresses surprise at the furor, writing “But we had not intended to imply that these were the only poets in England and America.” The publication of Donald Allen’s The New American Poetry (1960) was interpreted as the equal and opposite reaction to Simpson’s anthology, and Robert Lowell’s description of American poetry as divided between two “competing” poetries, “a cooked and a raw” seemed to manifest in print.

Air with Armed Men is a book of binaries. Between childhood and adulthood, traditional and modern poetries, the poet and the academy. As Simpson wends his way through the controversies of post-war American poetry, Allen Ginsberg emerges as a symbolic figure, popping up at random moments in Simpson’s life, like the ghost of poetry that could have been, or hepatitis:

As I’ve said, we are troubled by coincidences. What, for example, am I to make of Ginsberg, who comes into my life again and again, and always at a crucial moment? Or is it his coming that makes the moment seem crucial? Our paths keep meeting and diverging…

Simpson is especially eloquent on the subject of becoming an academic. Leaving the publishing world, he decides to pursue his doctorate, but only after some soul-searching:

People said that teaching was bad for a writer, it was a sheltered world. I recalled a remark in Time Magazine about poets “Wrapped in the cocoon of teaching”. But I knew some of the people who worked on Time and could not imagine a more unreal life than that. At least in teaching you would be likely to be dealing with material that was valuable, and at the end of the day you would not feel that you would have to get drunk…I would get the Ph.D that you had to have in order to teach literature and I would teach just that, and writing would be for my own pleasure.

Air with Armed Men is a rather quaint thing: The memoir of a poet. Is it a sign of the decline of print culture that a book like this would never be published today, least of all by a major American press? The copy on my shelf was withdrawn from stock at the Clare County Library in Ireland sometime after November 1996, the last time it was checked out. There are five rules at the library, according to the note card pasted on the first page of the book.

1. This book may be kept fourteen days. It may be renewed if not required by another reader.
2. A fine of twopence will be charged for each week or portion of a week it is kept beyond the specified time.
3. The borrower to whom the book has been issued, may not transfer it to another reader.
4. All damage to books, beyond reasonable wear and tear, and all losses must be made good to the satisfaction of the County Librarian.
5. Readers should report to the Local Secretary all cases of infectious disease occurring in their houses while County Library books are in their possession.