The POEM: On Bob Hicok’s “Bottom of the Ocean”, by Ryan Van Winkle 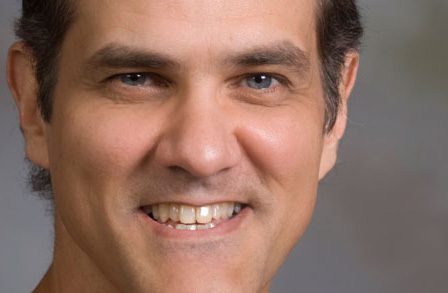 
Some poems come along at the right time. They come along, strike and get stuck. There is no telling when this will happen. You flirt with good, well-meaning, perfectly suitable poems for years but never want to marry any of them. Like love, there is a certain amount of luck, a certain amount of gut. And like love, we know if it has happened once, it can happen again.

For over a month this was the only poem in his book which I read. I couldn’t turn the page. I couldn’t move forward. It was February and I was filing for divorce. I was writing letters in my head, smoking too much dope. I was talking to light bulbs, letting the dishes pile up. I was thinking far too much and yet not at all. I was at the bottom of the ocean and I liked it there, bailey’s in my morning coffee and I didn’t want to leave the house and I definitely didn’t want to turn the page after that simple, final line – he never touched:

That was the day I learned you can sit
with someone who’s on the bottom
of the ocean and not get wet.
By the time he said things were good
he’d poured twelve sugars into a coffee
he never touched.

If I could stand it, heartbroken, I’d read the poem again. Otherwise, I’d put the book down, stare at a wall or ceiling and wonder if I needed to see a doctor. “Your flat smells like divorce,” a friend told me, recalling his father’s place. For over a month I kept Hicok’s book in my bag. I’d take it out of my bag and say, keep yourself occupied, read the first page. I’d show it to friends, anyone I met. It speaks to Hicok’s accessibility, his ability to reach out of the page, that all of them got it – and by extension, got me, too.

For over a month this was the only poem I read because it gave me all I needed. It didn’t tell me what to think but drove me to the point where I saw myself in it. I got what it meant to “sit / with someone who’s on the bottom / of the ocean and not get wet”; what it meant to accept madness (in myself or others) and not succumb to it, even if you have to get a little bit wet. This is the beauty of the Deep Image – it keeps unfolding.

Of course, one need not be in the middle of divorce to appreciate Hicok’s poem. His controlled and steady use of enjambment grabs the reader from the beginning:

At least once you should live with someone
more medicated than yourself. A tall man,
he closed his eyes before he spoke,
stocked groceries at night and heard voices.
We were eating cereal the first time,
Cream of Wheat. He said that she said
we’re all out of evers without explaining
who she was or how many evers we had
to begin with or where they were kept.
I slept with an extra blanket that night.
…

The first line break is hilarious and painful in its surprise, snapping back with an unexpectedly dark twist. The idea that you need to “live with someone / more medicated than yourself” presumes that you will feel better at least by comparison. It’s a dark and funny turn, and sounds startlingly true to miserable ears.

What makes “Bottom of the Ocean” feel real is not it’s ruminations on loneliness or mental illness or friendship or love and loss, or any of the “great themes”. Rather, it is Hicok’s control of the line, his ability to pace and layer his images the way “dust quietly gathers on the shoulders / of other dust,” that makes the connection visceral.

Of course, I also commiserated with the narrator. I, too, knew what it was like to be all out of evers, whatever they are, and because of it, I know what to say the next time I am out of it. When I need a line to explain the inarticulate shattering of it all, I will turn again to Hicok and remember the month of oceans he gave me when everything around me was soaking wet and I was trying to get dry, and say, damn, I’m all out of evers. 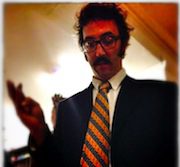 RYAN VAN WINKLE is a poet, performer, podcaster and critic living in Edinburgh. His first collection, Tomorrow, We Will Live Here, was published by Salt in 2010 and his poems have appeared in The American Poetry Review, B O D Y, AGNI, Poetry New Zealand, Poetry Daily and Prairie Schooner. He is a regular contributor to the Prairie Schooner blog and was awarded a Robert Louis Stevenson fellowship in 2012. He is also the host and co-producer of the arts podcast The Multi-Coloured Culture Laser and the poetry podcast for the Scottish Poetry Library. Find his website here