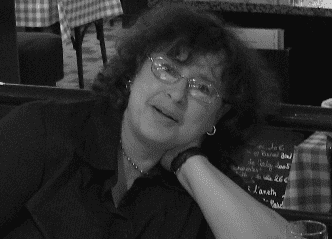 Cock-crow for betrayal,
at the full moon, before daybreak,
whenever the sky holds light.

A mob, a murther, a cache of crows,
caught in photo by point-and-shoot,
flashpoints of wings at work,
back-flapping to a branch,
feet stretching, reaching
for the implied perch.
An end to navigating in air,
to thumping a landing,
each crow at two of the three
points making a plane,
tethered without tension.

Squint at Apollo’s sun,
thereby engraving the feet of his crows.
Baby crowing in the fullness of glee.
Crows under a black blanket of sky close in,
black beaks digging in used-up fields.
Gray eye inspects.
You and your furtive camera
are out of place.

Pull crow and quibble
while the bird feels each feather plucked.
Eat crow when you step wrong again,
try to swallow dry meat from the dark bird’s bones.

He stands in the middle where the halls all meet, ready to cast his fame, a fly tied by an expert. Aides flow around and past his boulder to hear last shift’s report. Visiting relatives look down at the hard dark carpet, bracing against double-edged greetings. It’s no USO gig. Bob sports a crisp summer suit, tan as canned gravy, a white shirt yellowed by the lights. Two years since he’s seen his niece, and she’s in no hurry to skip lunch, walk away from her fried shrimp to see him. His big-time eyes dart glances, ready to break into that big-star smile, throw a gracious word, a calculated quip to snag a big-mouth fan. Already his heart is half-way out the door to the Caddy and the bucket seats, the AC, the laugh track.

KAREN GREENBAUM-MAYA is a retired clinical psychologist, former German Lit. major. Her poems have appeared in many publications, including Sow’s Ear Poetry Review, Lilliput Review, The Prose Poem Project, Convergence, dotdotdash and The Centrifugal Eye. Her poem “Dreams, Ides of March” was nominated for the 2010 Pushcart Prize. Her second chapbook, The Burrowing Song, was published by Kattywompus Press in 2013.