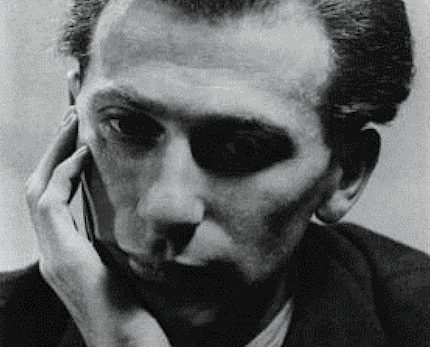 I LIVED UPON THIS EARTH IN SUCH AN AGE…

— Translated from the Hungarian by Thomas Ország-Land

I. LETTER TO MY WIFE

Mute worlds lie in the depths, their stillness crying
inside my head; I shout: no-one’s replying
in war-dazed, silenced Serbia the distant,
and you are far away. My dreams, persistent,
are woven nightly in your voice, and during
the day it’s in my heart still reassuring –
and thus I keep my silence while, profoundly
detached, the cooling bracken stirs around me.

No longer can I guess when I will see you,
who were once firm and sure as psalms can be – you,
as lovely as the shadow and the light – you,
whom I could seek out mute, deprived of sight – you,
now with this landscape you don’t know entwined – you,
projected to the eyes, but from the mind – you,
once real till to the realm of dreams you fell – you,
observed from my own puberty’s deep well – you,

nagged jealously in my soul for a truthful
pledge that you love me, that upon the youthful
proud peak of life you’ll be my bride; I’m yearning
and then, with sober consciousness returning,
I do remember that you are my wife and
my friend – past three wild frontiers, terrified land.
Will autumn leave me here forgotten, aching?
My memory’s sharper over our lovemaking;

I once believed in miracles, forgetting
their age; above me, bomber squadrons setting
against the sky where I just watched the spark and
the colour of your eyes – the blue then darkened,
the bombs then longed to fall. I live despite them
and I am captive. I have weighed up, item
by painful item, all my hopes still tended –
and will yet find you. For you, I’ve descended,

along the highways, down the soul’s appalling
deep chasms. I shall transmit myself through falling
live flames or crimson coals to conquer the distance,
if need be learn the treebark’s tough resistance –
the calm and might of fighting men whose power
in danger springs from cool appraisal shower
upon me, bringing sober strength anew,
and I become as calm as 2 x 2.

I lived upon this earth in such an age
when man was so debased he sought to murder
for pleasure, not just to comply with orders,
his faith in falsehoods drove him to corruption,
his life was ruled by raving self-deceptions.

I lived upon this earth in such an age
that idolized the sly police informers,
whose heroes were the killers, spies, the thieves –
and the few who held their peace or only failed
to cheer were loathed like victims of the plague.

I lived upon this earth in such an age
when those who risked protest were wise to hide
and gnaw their fists in self-consuming shame –
the crazed folk grinned about their terrifying
doomed future, wild and drunk on blood and mire.

I lived upon this earth in such an age
when the mother of an infant was a curse,
when pregnant women were glad to abort,
the living envied the corpses in the graves
while on the table foamed their poisoned cup.

I lived upon this earth in such an age
when even the poet fell silent and waited in hope
for an ancient, terrible voice to rise again –
for no-one could utter a fitting curse of such horror
but the scholar of dreadful words, Isaiah the prophet.

MIKLÓS RADNÓTI (1909 – 1944) was born Miklós Glatter into an assimilated Jewish family in Budapest. His life was considerably shaped by the fact that both his mother and his twin brother died at his birth. He refers to this trauma in the title of his compilation Ikrek hava (Month of Gemini/Month of the Twins). In his last years, Hungarian society rejected Radnóti as a Jew, but in his poems he identifies himself very strongly as a Hungarian. In 1944, during a forced march, Radnóti and members of his labor battalion were shot dead by their Hungarian guards. After the war, his body was removed from a mass grave, and his last poems, his most gripping, were discovered in his coat pocket. “Letter To My Wife” was among the poems found in Radnóti’s pocket.

THOMAS ORSZÁG-LAND (b. 1938) is a poet and award-winning foreign correspondent who writes from London and his native Budapest. His poetry has been published in Pilvax, Ambit, the BBC World Service, The London Magazine, The Spectator and Stand. His next book will be The Survivors: Holocaust Poetry for Our Time (Smokestack, England, 2014).

The two poems published here will appear in The Survivors: Holocaust Poetry for
Our Time by Thomas Land, to be published by Smokestack Books in 2014.