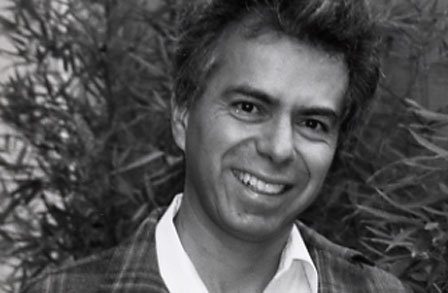 What Poets Are Like:
Up and Down with the Writing Life
Sasquatch Books, 2013

Like the northern hairy-nosed wombat, Gary Soto is a rare beast: An unabashedly mild-mannered poet.

The art of his poems is that they unfold under the reader’s eyes with such a lightly handled delicacy that one is often unaware of the insights being insisted upon until after the poem has finished. It is perhaps this quality that makes Soto’s poem “Oranges“ “the most anthologized poem in contemporary literature,” according to his bio in What Poets Are Like, a collection of short essays on life as an American poet.

Leaving aside the unchecked pomposity of the above claim about “Oranges,” the concept of the “popular” poem provides a key to Soto’s writing. Often the most popular works are those with the most democratic — as opposed to idiosyncratic — styles. And indeed, the weakest essays in this collection are democratic to a fault: So inconclusive that they emerge as wispy meditations rather than deep considerations. But this isn’t always the case with Soto. On the contrary, the best essays here express frank opinions about the struggles of being a poet in a society that cares more about twerking than trochees.

One of the most emotional — and therefore charming — essays in the collection concerns that grand daddy of critics, Harold Bloom, who once remarked that Soto “couldn’t write his way out of a paper bag.” Soto, after calmly weighing the benefits and pitfalls of paying attention to critics, and the snake-pits of English departments filled with cranky academics, ends his essay on Bloom with “Fuck him.” Nicely put.

More often, these autobiographical essays are laced with insights into Soto’s own life that are dramatically self-deprecating. Sentences like “I cancelled my love for the dog when he yawned while I was reciting one of my poems” abound. This stylistic tic is too insistent, considering the man is a lauded writer, and even has his own museum in Fresno, California. Hell, he’s the guy who wrote the most anthologized poem in contemporary literature.

Soto, who has published more young adult novels and books of memoir than collections of poetry, is a deft writer with a wide range of subject matter, if not emotion. The topics covered in these essays span from his childhood, through his meetings with other writers like Kurt Vonnegut, and also include more occasional topics, like one about a wool cap.

But beneath the practiced serenity, there is a writer reckoning with old age and death. Soto, now in his sixties, often looks back to his childhood with a nostalgia at odds with his usual style of appearing not to take himself very seriously. “M&Ms” opens with these sentences:

How much memory is enough? How much can a writer siphon from the gorged heart of experience and yet have the heart still pump? If one cares about the mystery of childhood, as a good many poets do, then the well is amazingly deep. The subjects rebound, sometimes effortlessly and sometimes with the stubbornness of a frog that won’t leap. I’m thinking of my flickering life, age four, and me standing late at night on the back porch where my brother and I slept. I’m eating M&Ms, examining each one by the glow of the streetlight at the corner of Van Ness and Braly avenues. I’m searching for the red ones, tastier than the green, yellow, and orange ones—even better than the brown ones.

It is indicative of Soto’s style that he uses something as unassuming as candy to wend toward a reminiscence on his childhood, and a consideration of his dimming future.

What Poets Are Like is not a memoir per say, nor does it offer great insight into the actual construction of Soto’s work, or the craft of poetry. Rather, it is a collection of occasional essays that together form a picture of Soto as a writer and as a man. Perhaps it is the ease of his writing style that says most about him, more in fact, than any biographical details ever could.

But what are poets like? The title essay begins this way:

They are fun, then not fun. They are tall within themselves, but very short when applying for food stamps. If drunk, if male, they leak in public. If sober, they don’t pee so much. They are made of air and words and may be a good date the first time around. When they sneeze, people step back. Dogs know them: they lick their chops for a dropped sandwich.

There must be readers who enjoy this kind of dainty lyricism. But too many of the essays in this collection are blanched of all feeling, of all risk or sense of necessity. If the stakes are so low for American poets because no one is reading us, as Soto asserts throughout the book, why not set the mattress on fire and have a dance party? Why not show a little skin? Soto is just not that kind of writer. Perhaps a better — if less marketable — title for this book would be What I Am Like.