Friday Pick: The Figure Of A Man Being Swallowed By A Fish 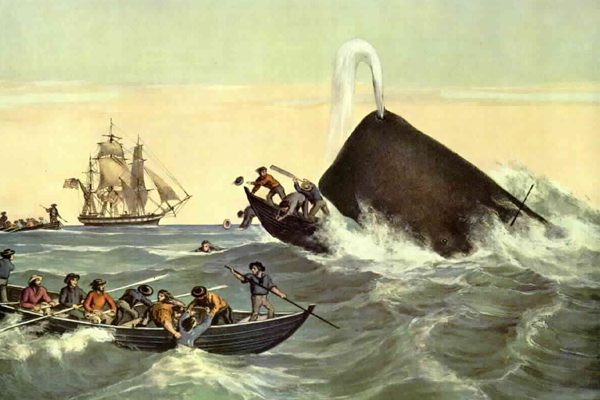 The Figure of a Man Being Swallowed by a Fish
By Joshua Weiner
The University of Chicago Press
2013, 68 pages

The promise of a poem that could incorporate every relevant historical allusion and emotional resonance, a poem as faithful to fact as to fancy, a poem so conceptually vast as to encompass all, was a particular siren for modernists poets. The result was often beautiful, striking and intelligent poetry, though sometimes at the cost of concision. Think Paterson.

These poems are expressions of a particularly expansive poetic point of view, which is aware of the palimpsest of history and literature that can shade our interpretations of the present. Joshua Weiner opens his latest collection, The Figure of a Man Being Swallowed by a Fish, with a 22-page poem that gathers disparate ideas and eras much in the style of the epic modernists, but does so with a compression that creates an emotional and intellectual portrait, rather than a collage.

A father’s description of his children playing in a creek in Washington, D.C. becomes not simply a heart-felt narrative, but one that connects this most ordinary of occurrences to Walt Whitman’s recollections of treating wounded Civil War soldiers in Specimen Days, news reports of an unsolved murder in the area, regional weather, local geology, and more. Several pages into the poem, we move from the present moment between father and children, to the history of the area:

Not a river of history
like the Patawmack —
big muddy highway
Washington dreamed
would connect the capital
to a bountiful interior
budging west, make him rich
and keep the money moving
“to bind all parts together
by one indissoluble band”–
the founding’s first boondoggle
“designated by law for the seat of Empire: —

And then, eight charged pages later, we stumble upon the near past:

On his walk that May 22, 2002,
he could hear passing cars
along Broad Branch in the distance;
that’s where he found the bones
of the Bureau of Prisons intern,
Chandra Ann Levy
of the San Joaquin Valley,
the scandal of her disappearance
forgotten after 9/11. Soon
maps of Rock Creek replaced
maps of Afghanistan on TV

More than simply echoing Pound’s concept of the contemporaneity of all ages, Weiner’s allusions deepen the meaning of each of these occurrences, while engaging concerns that are social, moral, literary, and historical, as well as personal.

This outward reaching takes place even more lyrically in the unfolding transformations of the book’s title poem. Based on the eponymous, anonymous folk art sculpture in the Baltimore Museum of Art, this insistent poem telescopes interpretations of the artwork in language that is slippery with imagination. It begins:

Less the stolid torso of Apollo, this figure of a man is a liquid symbol that does the changing for you.

One of the most concentratedly evocative poems in the book, “The Winter’s Tale,” collapses some of this rhetorical power in favor of a coherent and personal narrative. This depiction of a father watching his nine-year-old son act in a youth version of the Shakespeare classic achieves a disarming universality through its awareness of the emotional and dramatic resonances of the situation. Describing the son’s character’s death in the second act, Weiner writes:

…Yes, poignant enough, and
with the Beslan school massacre
(344 dead in Chechnya, teachers and children)
transparent backdrop to this university production,
inescapable even though we close our eyes

With a fidelity both to personal and universal levels of relevance, Weiner has what you might call a profound moral intelligence. His deftness with language, evident in the casual musicality, the ease of emotional clarity, and the double entendre, in this passage, of the word “transparent,” exemplify another expression of the poetic imagination: A charming obsession with language.

Weiner is a poet justifiably lauded, as his poetry performs sensitive and skilful feats of language while refusing to flinch from tragedy in any political or emotional climate. Book-ended by two long poems, and centered around a number of shorter lyrics, The Figure of a Man Being Swallowed by a Fish shows a range of forms, modes, and concerns. These poems make profundity exciting.