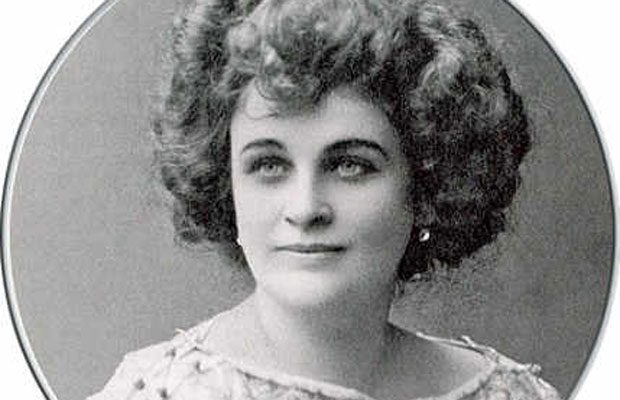 Merangov was a passionate traveler. He loved the East and knew it well.

He never brought home just some old rubbish from his far-off journeys, as most travelers do, and so the few objects we were now admiring were really unique and valuable.

Each rarity had a story behind it, funny or tragic, or simply curious, as the case may be, and it was clear from the story that the object in question was really special, not only for us but in its homeland as well.

Merangov interspersed his stories with various local words and expressions, which made them very colorful, although for us who did not know those barbarian languages they all sounded alike, something like “be-me-ne” or “El-Dzhaman”.

“Look at this be-me-ne,” he’d say unfurling a hand-woven striped headscarf, “The El-Dzhamans of Baghdad wore them on their heads. The old El-Dzhaman — by the way, he let me have it for a sky-high price — told me that it once belonged to Queen Be-me-ne from the clan of El-Dzhamans. She strangled her husband with this very headscarf which she wrapped round his neck.”

We examined the fabric with keen interest.

“14th…” Merangov corrected her. “The El-Dzhaman dynasty came to an end in the 14th century.”

“And look at that carpet, the one on the wall. Yes, isn’t it gorgeous, but its story is even more interesting. It’s associated with an ancient legend. When Queen El-Dzhaman killed her husband she rolled him in this very carpet and told her lover Be-me-ne that it was a new divan. And so the lover, who was from an African tribe, reclined on this divan and started singing verses in honor of the beautiful queen. He sang them for three days and nights, and on the fourth day the king inside the carpet began going bad. And so the singer sang that the queen’s divan smelled bad. Fearing that he had disclosed her crime El-Dzhaman strangled him too, right then and there. She rolled him in the same carpet and began to reign. So here it is — the very same carpet.”

We examined the carpet stroking it reverentially. The disheveled grammar school student, Merangov’s brother, even smelled the carpet.

“What remarkable design,” said the lady artist. “It must be 15th century.”

“13th…” the host corrected her. “In the 15th century they no longer had this naivety, look at this.”

He pointed out the carpet’s naivety, which was really remarkable.

“And here is the famous sword from Damask made of their famous steel, the real be-me-ne. Look at this Arabian letter embossed on it. This is the sign of the El-Dzhamans. It’s a sacred sign indicating that the sword used to belong to one of the Prophet’s descendants. According to one legend the cunning Princess Be-me-ne cut off her husband’s head with this sword. Don’t touch it, Kostya, you’ll cut your hand.”

But the grammar school student clutched at the sword with both hands:

“Here, I can read it!” He rejoiced. “Here, under this flourish… look, it says ‘Zo-lin-gen’. They have quite clear letters.”

“What a mean trick!” he whispered with white lips. “Forgery! German forgery! But this old El-Dzhaman swore with the Prophet’s beard!”

He peered at the Zolingen-disgraced sword for a long time in complete despair. I felt sorry for him and moved away to admire the carpet.

“What beauty! What gentle color combinations! And yes, indeed, what naïve design!”

“Wonderful carpet! Look, the seamy side seems to be even more beautiful than the right side. But what’s this here?”

Well, there was nothing to be done about it: “this” was a half-erased brand “Made in Germany”. I put the carpet back.

No need to distress the host.

“Look at this,” the lady artist who was admiring the headscarf whispered to me.

I looked. In the bottom edge there were the barely visible, incredible words: “Moscow, manufact…”

Well done. I’m proud of my Moscow. I myself brought some wonderful shawls with “naïve” roses from Hungary. All my artist-friends ooh-ed and ah-ed. And then we detected this modest small inscription: “Moscow, manufact…” And so we relaxed.

But no need to distress the host.

By now the host had already calmed down and become reconciled with the Zolingen fact. It could happen to anyone.

In compensation he was going to show us something special, something that any collector might boast to have. A little cup.

“Yes, a little porcelain cup with a blue rose painted on it. From this cup the beautiful Be-me-ne poisoned her husband Be-me-ne. Why are you looking at me in this strange way, Madam Artist? This definitely is 15th century, because later the secret of producing such blue paint was lost. I hope you won’t argue with this…”

No, she had no intention of arguing. Her face turned a bit strange and tense, the corners of her lips went down as if she felt nauseous, and suddenly she turned away and rushed into the other room.

I got worried and rushed after her.

“What’s the matter with you?”

Good God, what’s wrong with her? Is it hysterics?

“The thing is that this little cup … six years ago … Oh dear! I painted it myself!”

NADEZHDA TEFFI (1872 – 1952), known as Teffi, is regarded as the foremost chronicler of Russian émigré life in Paris in the years following the 1917 Revolution. Her sharply comic tales feature Field Marshals reduced to driving taxicabs, ex-noblewomen dressing up as gypsies to serve tea in cafés, and other castaway members of Russia’s former elite, all of whom absurdly cling to the affectations of their old way of life. Because she satirized the aimlessness and sterility of Russian life in exile, Teffi was one of the very few emigre writers whose work was published in the Soviet Union. She was born Nadezhda Lokhvitskaya in St. Petersburg, into a distinguished gentry family. Her first humorous stories appeared in 1901. By the start of World War I Teffi was Russia’s most famous female author; Czar Nicholas II was a fan, and brands of perfume and candy were named for her. Liberal in her political beliefs, she drew the line at communism and settled in Paris in 1919, where she focused her acute powers of observation on her fellow émigrés. Almost all of her hundreds of stories were written for newspapers. A collection of her best tales, All About Love was published in 1985 and translated into several languages.

NATHALIE ROY is a Russian to English translator based in Moscow.