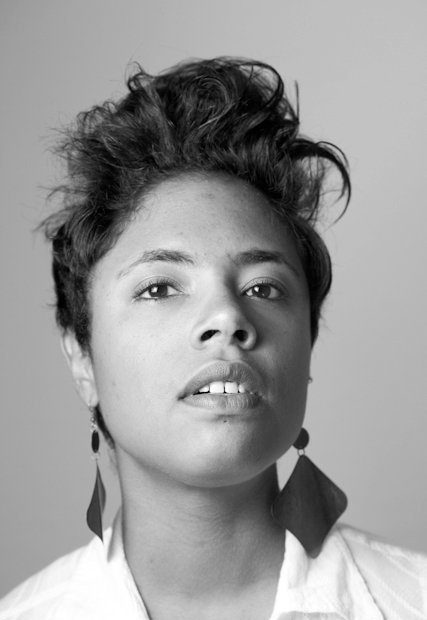 In the hotel garden I bend over my hands and count out the pills. I am worried I will not have enough pills. A man walks over and because he looks like the stud on the cover of a romance novel — not too dark but not too light — I figure he’s the gardener. But it’s the way he demands, like a policeman, that I do what he says and hand over the pills. He disappears.

The next day I harass the front desk clerk about the man. I yell at her about the pills. I shriek that he robbed me until my mouth gets frothy. She smiles as I call her names and insult her hair but still she just smiles then tells me that the man is gone. In the garden he was distracted by a bird and caught himself on the chainsaw, nearly in half. To prove it she points out to the blood spray on the garden’s wooden fence.

At the top of the hill in the forest at night we are standing face to face as the moon wavers behind a small cloud and when I say no to the baby he pulls a gun and shoots me in the stomach. I hold in what I can and stumble home to my mother. She tries to call for help but keeps fumbling the telephone buttons. Her fingers keep missing. My lips tingle to a numbing

at the top of the hill in

the forest at night we are standing face to face as the moon wanders behind a cloud and when I say no to the baby he pulls a gun and shoots me in the stomach. I hold in what I can and stumble home to my mother. She tries to call for help but each time her fingers fumble and miss, fumble and miss.

On a raft in the ocean looking towards a iceberg I am Look! I tell him as I paddle toward it. How bluing the water! I want him to see how bluing the ice. But he is not here when I look over my shoulder, my good shoulder, and my good shoulder tells me the current is taking us toward the windless night! This is my last night in the nest. I turn to tell him but he is not here, how frightening! That the water should turn so cold now that the current is a drift and all my possessions are on this raft. The glittery iceberg now not at all what I thought

LILLIAN-YVONNE BERTRAM has been a recipient of fellowships to the Vermont Studio Center, a Bread Loaf Writers’ Conference work-study scholar, a writer-in-residence at the Montana Artists’ Refuge, and is a Cave Canem alumna. Her poetry has appeared in Black Warrior Review, Callaloo, Gulf Coast, Harvard Review, Indiana Review, Narrative Magazine, Subtropics, and other journals. She received first place in the 2011 Summer Literary Seminars poetry contest, has won the Gulf Coast Magazine Donald Barthelme Prize for Short Prose, and has received second place in Narrative Magazine’s poetry contest. Bertram is a graduate of the writing programs at Carnegie Mellon University and the University of Illinois at Urbana-Champaign. She was a 2009-2011 Gaius Charles Bolin Fellow at Williams College where she taught creative writing and literature. Her first book, But a Storm is Blowing from Paradise, won the Red Hen Press 2010 Benjamin Saltman Poetry Award, judged by Claudia Rankine, and was recently nominated for the 2013 Hurston/Wright Legacy Award. She is 1/6 of the poetry collective Line Assembly.