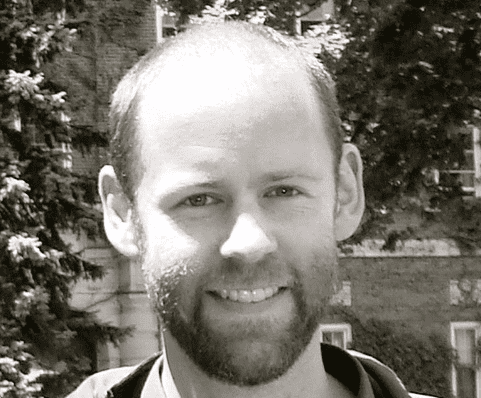 been to any rocking festivals lately?

played any lead guitar in your cult-favorite side project supergroup?

played any rhythm guitar in your world-famous yet critically-disparaged pop-punk band?

dropped any freestyle rhymes over the sick beats Diplo produced just for you?

all I can offer up is domesticity: laundry, errands, dishwashing, microscopic particulates
like breathing Beijing air, minus five years off my life force, minus ten years off
my brain’s trending twitter feed, #shutupicantgettosleep

all night tapping my touchscreen instead of the ass I should be tapping, the skinship I
should be a follower of

your sleep a carbonated speech, a transparent gaseous sphere

when you wake in the morning do you first check

window? do you pull on socks and boots and head out for the road or field, note the
autumn calf prodding mother’s udder in the neighbor farmer’s barnyard, tweet
how the mountains look naked under a thin inch of snow, how the ruts of the dirt
road have deepened from fat-tired tractors hauling wagons of hay?

do you squawk back at the geese winging a late V south, or stretch your legs against the
slats of the fence that writes a musculature on the rolls and lumps of the
overweight earth?

RATHER THAN BUILD A TOWER OF BONES

the porch thermometer reads thirty-three we are stocking-footed the dog is ecstatic my
toes already tingling I start pounding on the door to rouse the sleepyheads inside
but you laugh and wave me off and tuck your hands inside the pockets of your
hoodie and ease into the porch swing lips like a tailpipe puffing exhaust fogging
your lenses and you’re like, “I’m blind and freezing, I’m going to die!” and I’m
like, “This is super stupid,” then sit on the swing next to you

the birds are up and just as dumb as us

“I’m cold,” you say and stomp off down the stairs in just your socks I’m right behind you
in my socks

yesterday got duped into a round of some Euro-style board game, six men knee to knee
about the round table

should have known after forty-five minutes of rules I’d been suckered, that my night
just got offed in a hail of gang-related gunfire

should have stood up and rapped

built a fence, built a wall, and when the man with the red ponytail said in passing

I laughed out loud, an insane little laugh I left for dead, trapped beneath the rubble of the
backing track composed in my head for my rap, the dubstep beats and loops and
all-star producers and guest vocalists, the studio my chariot my spaceship littered
with scraps of paper scribbled with my soon-to-be-famous raps, infamous raps
riddled with references to conceptual landscapes and mathematical absolutes as
they pertain to the female body, that body I missed more than anything as I razed
the walls of my city, my dying, fuckless city

DAVID BRENNAN‘s poems and essays have recently appeared in Coldfront Magazine, Box of Jars, Fact-Simile, Strange Machine and elsewhere. He is the author of The White Visitation (2010) and The Family Flamboyant (2010), and writes about listening to music at 53lps.tumblr.com.