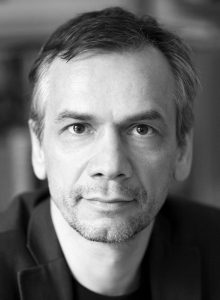 Translated from German by Alexander Booth

may the south save us

LUTZ SEILER is widely acknowledged as one of the major German poets of his generation. He was born in 1963 in Gera, a town in the eastern part of the state of Thuringia in the former German Democratic Republic. He underwent training as a mason and a carpenter and completed mandatory military service. After studying in Halle and Berlin, in 1997 he became the literary director and occupant of the Peter Huchel Museum outside of Potsdam, the most recent caretaker in a line extending from the poet Huchel himself (who permanently left the GDR in 1971) to the poet and translator Erich Arendt. Mr. Seiler has published over six volumes of poetry, short-stories and essays. His many prizes include the Dresden Poetry Prize (2000), the Bremen Prize for Literature (2004), the Ingeborg Bachmann Prize (2007), and, most recently, the Fontane Prize (2010). He was writer-in-residence at the German Academy in Rome in 2010 and at the Villa Aurora in Los Angeles in 2003. In addition, he has been elected a member of the Saxon Academy of the Arts, Dresden, and the Academy of Arts, Berlin. The poems in B O D Y come from Mr. Seiler’s latest book of poetry, in field latin (im felderlatein, Suhrkamp Verlag, 2010).

Read more by and about Lutz Seiler:

ALEXANDER BOOTH lives in Rome. A recipient of a 2012 PEN Heim Translation Fund Grant for translations from the German poetry of Lutz Seiler, poems and translations have most recently appeared online and in print at Asymptote, Ghost Proposal and Massachusetts Review. In addition, he keeps a weblog on (mostly) Rome in literature and Roman literature, Misera e stupenda città. Work can also be found at Wordkunst.