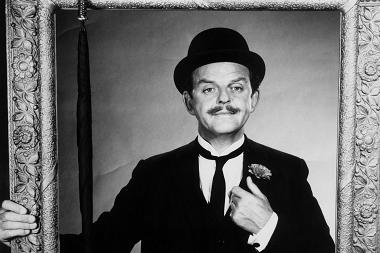 I like to think of literary journals and magazines as football clubs and “Best Of” anthologies as the national team. It follows that the scope of selectable poems is narrowed according to strict rules of geographic location. The squad shall be filled regardless, be it with Messiesque dribblers or Championship level duffers. This year’s The Best British Poetry head coach editor Sasha Dugdale, a fine poet in her own right, was tasked with selecting the in-form U.K players for The Best British Poetry anthology 2012 and she has chosen seventy poems from a mix of English, Welsh, Irish and Scottish poets.

Cue the annual discussion about what represents the very best in poetry, a discussion not worth having here other than to suggest that the answer to that question is a balanced mixture of personal taste, poets known/admired by the editor, and politics. Regarding the last word on that list, Dugdale notes in her introduction that she had not realized there were more women selected than men until after the fact. This statistic does not surprise me in the least: women poets are writing some of the most engaging and interesting work to come out of the UK.

Let us say then, in good faith, that these are the best poems published in Britain between Spring 2011 and Spring 2012 as judged by a well-respected poet/editor.

The template for the series is the US version “The Best American Poetry”, and clearly the British tome has an advantage (because Britain is smaller and has less poets) when it comes to gaining a bird’s-eye view over any dominant trends in the work.

So to the poems.

Heavily sound-based and musical poems are still popular in contemporary British poetry; indeed one of the key differences between current US and UK poetics is the general popularity of soundplay and musicality in the British work in contrast to American poetry which can seem more prosaic. This is a vague observation, nevertheless, here is Liz Berry and the first stanza of her poem “Sow”:

Trottering down the oss road in me new hooves
I’m farmyardy sweet, fresh from the filth
of straw and swill, the trembly-leg sniff
of the slaughter wagon. A guzzler, gilt.
Trollopy an canting. Root yer tongue beneath
me frock an gulp the brute stench of the sty.

An invitation indeed. All those vowels launching off the n’s, h’s, r’s and f’s.
Rattling along, measured by caesuras, the opening stanza draws us, clattering, into a monologue delivered by an overweight female who’s metamorphosing into a pig and rather enjoying the experience. As they say: She’s lovin’ it.

Only da sea can greet an sing at da sam time:
shade an licht: cobalt, ultramarine an dan
da lönabrak – a tize, a frush o whicht.

Footnotes allow you to translate the passage as:

Only the sea can cry and sing at the same time:
shade and light: cobalt, ultramarine and then
the surge of the sea breaking on shore – a temptation, a splutter of white.

There are shades of Derek Walcott, Lewis Carroll and the L=A=N=G=U=A=G=E poets in the joyous jabberwocky-gibberish patois of the original.

Patience Agbabi takes a different route though she is also interested in moving the reader’s subconscious, this time with repetition. Actually, the second stanza of this two stanza poem is the first stanza in reverse and it works very well. The sense of unease, the going-over-of-things in the mind, the brooding violence and self-hatred all intensified by the mirror of the second stanza. A coward unable to look at himself:

That night, it rained so hard
it was biblical. The Thames sunk the promenade,
spewing up so much low life.
It’s a week since they beat up my wife,
put five holes in my daughter. I know who they are…

…I didn’t bring my wife to Gravesend for this.
What stops me, cowardice?
None of them, even Joe, has the right to live…

Straight talking, the poem’s speaker is drowning, and not only under the biblical rain.

Another clear yet not at all simplistic voice is that of Alison Brackenbury who has written some of the most astonishing poetry of recent years, poems of humility and vision. Here she is, at it again, always finding the radiance, the thing, the gist:

Sweat is not fashionable. My father said
before deodorants, how people stank.

Horses sweat, men perspire and ladies glow.
But I am drenched, breasts, thighs and thinning skull,
till wind streams over and my body cools.

The good are packed, the stable swept. And I
drink in the rain, which is the sweat of the sky.

Among the younger poets, there is reason for hope, Richie McCaffery has a nice clean poetic with a good first touch. McCaffery sometimes seems older than his years, the musing, brooding, slightly melancholy Dimitar Berbatov of young British poetry:

They often took people from these shores,
pariahs of the law or kirk. Sent them down
into the holds of ships with flint as ballast,
mined locally as plentiful useless weight…

…was often dumped by the salt-chapped rim

of other seas where it did not naturally occur.
It’s still there today, mostly, but some sparked
great fires, sharpened to double-edged blade,
a forgotten clan knapping their arms in the swash.

Other poems stand out, notably work by David Kinloch and Claire Trévien. The latter Olsons it and splits the open field of the page in “Sing Bird”, a poem which is skillfully-worked and which stands slightly apart, on a visual level, from the majority of the work in BBP 2012.
Kinloch’s contribution “from I, Giraffe” ends with:

I am not good to eat! Waterlogged and knobbly
I shiver as dawn floods the abandoned garden.

Distant echoes, perhaps, of Ted Hughes’ “Cenotaphs and the moor-silence! / Rhododendrons and rain! / It is all one. It is over.”
And that is good enough for this reader.

I could mention other impressive poems in BBP 2012 but unfortunately the 90 minutes + injury time are up. The by-now-traditional explications of the work by the poets themselves take up forty-one pages but luckily it is almost as enjoyable to read those as it is the poems.

The Best British Poetry 2012 is something that those with an interest in contemporary British poetry really ought to have in their possession.