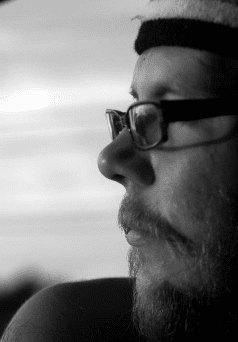 I cut my hair with a knife so I could be a knight.
I went to the river so I would smell like a man
who can handle the whole world. I was
a knight with armor on the inside, a lion’s
hunger mixed with a bull elephant’s thirst.
She kneeled on one knee and proposed; will you,
my full name, take me to bed tonight? I asked
if she loved me. She asked if I’d made a mix tape.
Yes, I said, and she said yes. I had built
the music box whose one song was the song
sung in the sound a deer’s tongue makes lapping
the river’s edge; the song born of Aphra Behn and
Whitman, perfected by PM Dawn and Prince, Otis
Redding, Michael Jackson, Madonna. We made out
like teenagers in the hallway. We were Rent’s
“No Day But Today” and West Side Story’s “Maria.”
We sang all the mix tape’s songs, songs written by
knights and ladies for the kind of night happening once
a knight trades armor and opponents for the dance-
floor and feasting the movies and old books make
tilt or battle days out to be. Everything accorded
to the laws of boys, the laws of all of us afraid
we might have sex. Her and I sang songs of
ourselves. We stopped singing long enough for me
to grope my pocket for a condom, then we sang again.
We were housesitting for our professor whose teen son
slapped me five on his way out; she was on her way in.
The old condom in the palm transfer, a practice
between brothers of a certain shield, boy-law’s bylaws.
Her and I were spinning dancers on the night’s
music box wound for the long song, the longest
song imaginable so I took a chance on a solo,
a call with no response, a soliloquy scream stopping
her screaming. I screamed I couldn’t feel her or
me. The play no longer the thing. Just screaming
and understanding why boys are afraid of nights
like that. I was a b-boy bucking. She flicked on the light.
I’ve never seen a thin-sized condom, she said, but suppose
it makes sense. She got some ice and her poetry anthology.
She read Rochester’s “Imperfect Enjoyment,” then
Donne and Wyatt, excerpts from Paradise Lost.
Quintessential lovers, she said, are always fucked,
the trying to love, a fiasco bigger than love itself.

she was a whore he’d asked casually to fuck
as a sort-of-joke-like conversation starter, but

she said yes, so they did and then there were tears
and the knowing a girl can change a boy without

get it over with, and we were almost-drunk on
vodka and sycamore trees and she kissed me and

as a door into me, which is never the case because
the eye is the only acceptable entrance and people aren’t

what happens when, for instance, you stand across
the room or street or up in a balcony-like window

and see the other and know you don’t want to be
the other. I see now why so many have said

that strings an instrument I don’t know how to play
which is the story of boys and their bodies.

in the mood for a story about anyone
before her. Maybe she meant I have no history.

how to kiss. Maybe she was listening to Prince
and I should’ve asked her to dance into oblivion but

to the girl next to me and asked if she’d like a kiss.
Sure why not she said and we laid some on each other.

on mine. When she said should we go all the way
I remembered a Frank O’Hara poem about sharing

way only a woman can who’s known boys as thieves and
drunkards introducing themselves as stories they haven’t written.

CHRISTIAN ANTON GERARD has received four Pushcart Prize nominations, scholarships from the Bread Loaf Writers’ Conference, and an Academy of American Poets prize. Some of his recent poems can or will soon be found in Apt, Waccamaw, PANK, The Journal, Orion, Smartish Pace and elsewhere. Gerard lives with his wife, Lucy, in Knoxville, TN, where he’s Editor of Grist: The Journal for Writers, the Nathalia Wright Research Assistant for Early Modern Studies and an English Ph.D. candidate at the University of Tennessee.