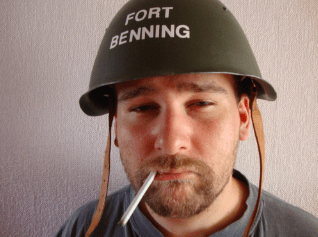 This poem is sponsored by the biggest importer of Peruvian tea and herbs Pizarro de herboristéria. Luční 1087, Pardubice. www.pizarro-de-hierba.cz

This poem is sponsored by a Nicaraguan importer of hourglass Ometepe, Klášterní 51, Český Krumlov. www.ometepe.org

ONDŘEJ ZAJAC (*1982) lives in Prague, Czech Republic. He graduated in Bulgarian and Serbian philology at The Faculty of Arts of Charles University in Prague. He translates contemporary Serbian and Bulgarian poetry into Czech. His works and translations have been awarded several times (for example, his translation of Grigori Gospodinov’s Třešen jednoho národa has been awarded the third prize in Jiří Levý’s Competition in 2009). His translations include the poetry collections Lapidárium (Literární Salon, 2009) and Techniky a jiné verše (Petr Štengl, 2012) by Georgi Gospodinov. He has published in various anthologies and magazines (Tvar, Plav, Dotyky, Slovanský jih etc.). He works as an editor in Psí Víno, a magazine for contemporary poetry. He debuted as a poet with his poetry collection Pojmenovaná in 2010. His second collection Kafegrafie: Příručka pro milovníky kávy (Coffeegraphy: A Handbook for Coffee Lovers) has been originally published in Czech by Petr Štengl in 2011.

FILIP KRTIČKA was born in Most, in the Czech Republic in 1987. He has a BA in English and American Studies from

The Faculty of Arts of Charles University in Prague and is currently working on his MA degree in American Literature. His MA thesis concerns William Faulkner’s short stories. For three years, he has worked as a part-time teacher of English as a Foreign Language; currently for James Cook Languages, the leading Czech language school in foreign language teaching in companies. In July 2011, he participated on the organization of the 9th World Shakespeare Congress that took place in Prague and was partly organized by his home department, the Department of Anglophone Literatures and Cultures.