Friday Pick: Robert Bly’s “The Light Around The Body” 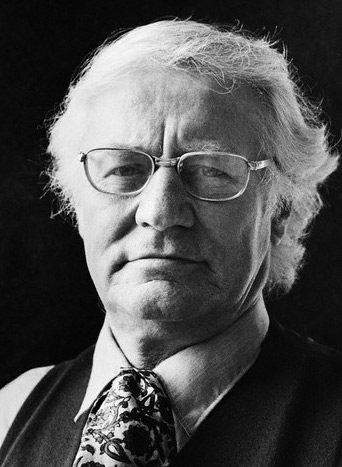 The Light Around The Body

Robert Bly is a poet arguably best-known for his work in the men’s movement, for his translations of European and South American poets, and for his work redeveloping the ideas of Jerome Rothenberg and Robert Kelly in a retooled “Deep Image school” of poets alongside his friend James Wright.

The Light Around The Body is Robert Bly’s second book and like his first collection Silence in the Snowy Fields it contains poems in the deep image style but it also introduces Bly’s war poetry, chiefly relating to American involvement in Vietnam, which he later went on to showcase more fully in poems like ““The Teeth Mother Naked at Last”“.

Indeed, the poems in The Light Around The Body, which won the 1968 National Book Award, are heavily political, socially conscious and left-leaning. Unsurprisingly, Bly contributed the NBA prize money to the anti-war effort. However, to locate these poems purely in their historical context is to ignore their prescience and relevance to our current political (and geo-political) climate. Look at some of the titles: “Listening to President Kennedy Lie about the Cuban Invasion”, “Asian Peace Offers Rejected without Publication”, “Those Being Eaten by America”, “The Current Administration”.

Bly’s poetics can seem opaque at times: He often leaves distances between consecutive images, requiring a mental or emotional jump from the reader, something he has referred to as “poetry that leaps”. It occasionally overleaps but when they are successful Bly’s images are often startling and portentous. This, from “Driving through Minnesota during the Hanoi Bombings” :

Most of the poems employ a portentous but intense, definitely masculine tone. Conversely, in one of the book’s major themes, Bly criticizes what he calls the outer world (masculine, practical) and calls for a redress of the balance by moving toward the inner world (feminine, imaginative):

It is true that his work escapes at times, substituting alluring oddity for opacity but it is also true that this collection contains some of Bly’s most intuitive and powerful poems. One of the most famous poems in The Light Around The Body, “Counting Small-Boned Bodies”, makes good use of Bly’s intuitive impulses and knack for surprising imagery:

Let’s count the bodies over again.

If we could only make the bodies smaller,
The size of skulls…

…If we could only make the bodies smaller,
Maybe we could get
A whole year’s kill in front of us on a desk !

If we could only make the bodies smaller,
We could fit
A body into a finger-ring, for a keepsake forever.

Robert Bly is a unique poet who draws upon many influences, not least the Scandinavian and Spanish-language poets he has translated.
The poems in The Light Around The Body are humane, visionary and have a sense of permanent relevance, of an intense conscience and imagination at work, reaching out, feeling around in the darkness for something of great importance.