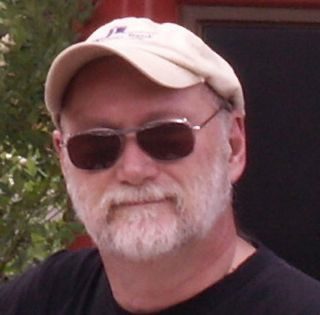 Girls don’t aspire to my profession any more than boys dream of being actuaries or Kamikaze pilots. When my high school guidance counselor, Maxine Rosenboom, asked for my career plans, I told her, “Art historian.” But the accident led me down a path less taken, tapping my way with my collapsible white cane.

The accident occurred my senior year when the Sioux-Otley-Wheaton Consolidated High School chemistry lab exploded. When I woke up two days later in Sioux Valley hospital, five classmates were dead, a half dozen were missing limbs, and I was blind.

Nobody blamed Mr. Burback. It was the school board’s fault. They knew he was a lousy chemistry teacher when they hired him, but the football team needed a passing game. Mr. Burback had been the second string quarterback at Northern Iowa behind Kurt Warner. And our team’s 0-7 record probably distracted him, otherwise he never would have approved Hank Mindburn’s science project on alternative uses of chemical fertilizers. Hank had read about the Oklahoma City bombing and wanted to duplicate Timothy McVeigh’s results.

After the explosion I became class valedictorian by default. My competition for the honor died in the explosion. The other forty-five students in my graduating class were farm kids. They got up early for chores, wrestled, or were in 4H. After graduation the girls attended Keosaqua Community College until they got pregnant or found a waitress job in Ottumwa. The boys farmed with their dads or majored in Ground Cover at Iowa State.

I spoke at commencement, and I expected my photo to appear on the facing page of the Sioux Warrior, our yearbook. Instead the staff published the explosion victim photo Bobbie Whitney took for the Tribe Beat. I don’t know why they did that; Associated Press had already reprinted it all over the world. I suspect the editors were jealous of my popularity.

I had wanted to be an art historian, I suppose because Dad was an artist. He came downstate from Cedar Rapids to paint harvests on the Amish farms. Dad boarded in my grandmother’s house. My mom brought extra towels to his room. She was sixteen at the time. They copulated daily throughout their courtship and throughout their married life until Mom, bored with small town life, ran off to Brazil with a Con Agra salesman.

Before Mom’s exodus, my parents seemed as happy as a couple could be in Sioux Creek. The Sinclair station closed at 5:00 on Saturday nights and the rest of the town rolled up before that. We had Cucumber Fest every August and fireworks on the Fourth, and sometimes Donna and the Dakotas played at the Old Creamery Dance Land. There was no Wal-Mart back then, so people drank. Sioux Creek had more bars per capita than any town in Iowa. Even Davenport couldn’t compete.

Mom and Dad opened Archery, Arts, and Ammo—a combination bow hunting, nature art gallery, and bait shop. Grandma loaned them the money. Dad wanted to bring culture to the countryside. Several times a year Mom would slip somebody $100 to buy one of his works. That seemed to satisfy him.

Oh, don’t get me wrong, Dad was good—his paintings sold in big city galleries—but the people of Sioux Creek preferred to spend their disposable income on truck parts and new rifles. When Mom left town and the art sales dried up, Dad plunged into a depression. He started drinking Mill Stream beer during store hours, while at night he painted nudes in shades of blue. The available model pool quickly dried up. No decent woman in Sioux Creek wanted her likeness displayed on the walls of Archery, Arts, and Ammo.

Dad started painting his famous series on local hunting dogs. Eventually he made enough money to close the shop altogether. There’s a lesson to be learned.

My clients are more sophisticated then those men who bought Dad’s paintings of me at the Archery, Arts, and Ammo store. My clients like that I’m from Iowa. It sounds wholesome. Iowa means state fairs, freshly canned peaches, corn on the cob, and hogs. Some clients ask about the potatoes. That’s Idaho. Don’t schools teach geography any more? There’s a big difference between Boise and Des Moines, I’ll tell you that.

A client once came to my suite, realized I was blind, and informed me, “You’re a beautiful young woman, but what I have in mind requires a sighted person,” as if we were going to play lawn darts.

Men distrust most women in the intimacy profession. They trust blind girls. A regular told me, “When a working girl tells me I’m handsome, I know she’s lying. I’ve got a mirror.” But when I touched his cheek and told him, “I want to remember you,” he believed me. He figured a guy couldn’t feel ugly. He was wrong, of course.

If a gentleman is a first timer, I touch his face, tentatively. Then I start feeling other body parts, like it’s magnetism, and I can’t resist him. Or sometimes, I play poor little blind girl. I call out, “Who’s there?” I stumble into the nightstand. I cower on the bed, helpless, while the John gets hot and bothered. Clients feel guilty about violating a blind girl, but they seldom resist the temptation. They leave large tips, and they always come back. If my sight returns tomorrow, I plan to remain a “blind” courtesan.

After high school graduation, I went to the University of Iowa. Given my sightless condition, an art history major was out of the question. I couldn’t go around feeling the world’s greatest paintings. There are no large print editions of the Picassos, no great Braille art masterpieces. I got books on tape from the Iowa Department of the Blind, hired a reader subsidized by the state, and declared a Theater major.

By my junior year I’d conquered the world. I’d memorized the walks from the Daum to the Pentacrest. I had a hunky frat boyfriend, Stewart. I played the part of Blanche in Streetcar Named Desire. I was an inspiration to my dorm. I’d proven blindness couldn’t stop me. Then came the Delta Phi fundraiser.

The guys held a garage sale, a bake sale, a raffle, but they didn’t raise squat because everyone on campus hated the Delts. So they decided to auction off their girlfriends, you know, for dates. Harmless stuff. None of us liked the idea, but we eventually agreed. Of course, nobody but losers bid. I decided to change that. I jumped up and told Stewart,

“I’m next. I’ll get this place hopping.”

Stewart said, “We can’t auction you.”

“Duh! You’re just finding this out.” I gave him a little shove.

“Nobody’s going to buy you. We didn’t list your name on our posters. I thought you knew.”

Stewart was a piece of work. He wanted me to remember I was blind, but then he assumed I’d seen the posters. Something inside me snapped.

“I thought you said you loved me for who I am.”

“I do. You’re the best little blind girl in the world.”

“Terrific.” I confronted him. “I thought you said I was hot.”

“Well, you’ve got a great body, but they’re not buying that.”

I tapped my way to the auctioneer and told him, “Put me on the program.” I faced that crowd of geeks and Greeks and called out,

“Okay, what’ll you bid for the best little blind girl in the world?”

That kind of silenced everybody. Some clown in the back called out, “Two bucks.”

“Are you toying with me?” I shouted back.

“You’re the blind one. Maybe you need a better look?”

So I took off my blouse. By the time I was down to my lace bra and thong the bidding had skyrocketed.

“Boys, boys, boys, don’t haggle. We can do a time share or lease agreement.”

I ended up selling my services to three different guys that night. The frat made their fundraising goal. Two weeks later the wrestling team smuggled me on a charter flight out to Boise. After graduation I turned professional.

This fall is the tenth anniversary of the accident. I will return to Sioux-Otley-Wheaton Consolidated High School. And I’ve decided on the inscription by my picture in the Class Reunion Guide. “Blind Girl Makes Good.”

Paul Lewellan taught high school speech and debate for 33 years in Bettendorf, Iowa. For the last eight years he’s been an Adjunct Professor of Speech Communication and Business Administration at Augustana College in Rock Island, Illinois. He just finished his third novel, Twenty-seven Unreasonable Demands, about a retired government assassin who tries to complete his college degree without killing anyone. Paul’s publications include over sixty short stories in magazines such as South Dakota Review, Big Muddy, Timber Creek Review and Porcupine.