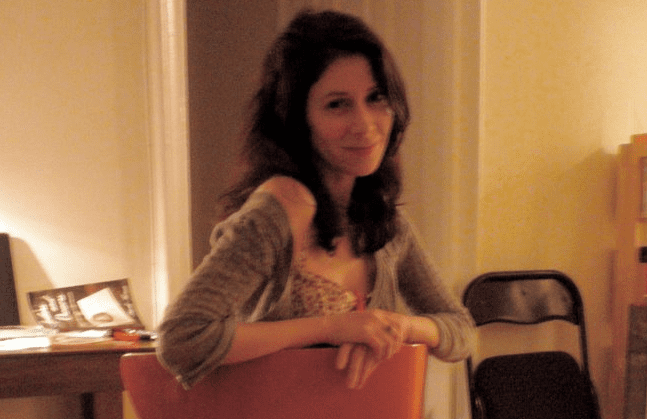 — Sal Si Puedes means “leave if you can” and is the name
for many a town; this one is on the U.S.-Mexican border.

In summer I return from where
I was sent away. I loiter around we
in which they gather, seek the familiar

Back then Texas Rangers shot up the windows:
You a marine, ese? And detention
for speaking Spanish in the hallway.

Fifteen minutes away from the border
and mostly Mexican,
home was fading “Anglo Town.”

My mother was Class Favorite,
but the newspapers refused to run
her picture crowned Queen Cardinal

because her name was Esperanza Gomez.
She insists I wear my sandals inside,
frowns when I drink from the faucet,

for wanting to savor the same bitterness,
bottom-speckled, as if I’ve never known
anything but this.

Over on the island, tap water
bleaches the fish
even in quick rinses.

Fifty years ago the shorefront was sold
for next-to-nothing,
but we didn’t have that, they remind me.

MTV has made South Padre into Matamoros,
and Matamoros is now shuttered maquilas,
bad soil and sicarios-in-training.

I drag out the old vacuum,
as amazons on open t-stands
cock an eye and flatten to unease.

Go ahead, they sing from the kitchen,
rewashing dishes I already did.
Don’t you remember?

I flip the rusty switch
and jet-black sounds fill the room.
I drop the hose in fear

while they puff up and dance.
I forgot the disturbance
reminds them of hurricanes,

that love bare-footed
and beyond censor.

The joy of entering into the fray.

I jerk across the cracks,
and drone into the noise
that it hurts when you wash your hands

before touching my face,
kill the chickens while I sleep.
Tell me again why the leaves of palms

double as branches,
why crossing the desert
wove wolves into our steps.

Once I too swam the canal,
ran long, mountainous distances
for which we were made.

I go too far and nearly pull
the loose socket from the wall.
The amazons fall back

into spitting feather and seed.
Someone settles my hands,
tells me not to trouble:

Always the room returns
to how they want it,
to we in which they gather.

Born to a Mexican mother and Jewish father, ROSEBUD BEN-ONI was educated at NYU, The University of Michigan and The Hebrew University of Jersualem. A graduate of the 2010 Women’s Work Lab, Rosebud Ben-Oni is a playwright at New Perspectives Theater, and also at work on a new play MIDNIGHT IN MATAMOROS with Bob Teague of Truant Arts; it will feature music by Carlton Zeus. Her work appears in Arts & Letters, Puerto del Sol and Texas Poetry Review Her debut book of poems SOLECISM will be published by Virtual Artists Collective in early 2013. She is at work on her second book of poetry Somewhere in the Darkness, We Broke Even.