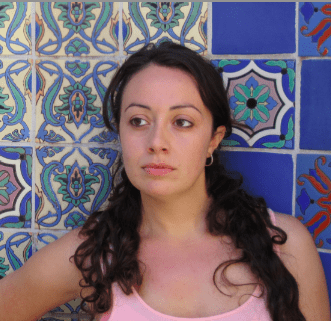 Perhaps the new problem begins at the manatee exhibit. Again, her uncle and aunt argue about the map. Her aunt has, against her uncle’s advice, directed the entire youth group to this exhibit, which they learn upon their arrival is Not Yet Ready For The Public To Enjoy. The uncle claims he knew this; he saw the sign right at the park’s entrance, and she would have seen it too, if only she would Pay some goddamn attention to anything he said, ever.

Perhaps the new problem begins with the word goddamn, which he says loudly and in front of the whole youth group, which ranges in age from thirteen to nineteen and in life experience from never-been-kissed to recently rereleased from the Dade County Juvenile Detention Center. They are all budding members of the Miami Lakes New Life Fellowship Church — though of course not all of them live in Miami Lakes — and are all looking to hang out with other teens and make positive, lasting friendships that may or may not turn into positive, lasting marriages. There’s no predicting the Lord’s Will.

She is fifteen and months past her Quinces and on the hunt for a new promise partner. The fact that her uncle and aunt are the new youth group leaders will, she can see, get in the way of the bad guys falling in love with her. The bad guys: boys who’ve had their faith tested, who’ve recently left one gang to join this one, who’ve yet to be baptized like she was at thirteen. She is a good girl and knows she can help them. Her last friend who was also a boy, as her mother puts it, went back to school and actually graduated and got a job and a good deal on a Honda Civic while they were together. They’d recently parted ways but are still friends, though he isn’t there with them, today, mulling around the under-construction Manatee exhibit. Her name is Miriam but everyone calls her Mirita.

Her uncle’s goddamn reminds some of them of the homes they’ve stepped out of for the afternoon at Ocean World; for others (like the one boy who will report back to his father, the head elder), it is the proof they need that her uncle and aunt are too close to the suspect couple: that are no better than the prior youth leaders, Lazaro and Ingrid, who recently divorced and left the church after Ingrid learned, while watching the local news one night, that Lazaro was going to be a father and was suddenly unemployed and was also in serious trouble with the law and with the parents of one of girls he coached at Hialeah High. Her uncle and aunt, this goddamn: They can’t be any better. They were such close friends, all so close.

Goddamn manatees, someone says — and you know from the whisper he’s trying it out; he’s not one of the bad guys. But the problems didn’t begin with goddamn, or with the map, or with the sign they passed that only her uncle saw (and of course who knows if he even really saw it), or even Lazaro’s affair with a student who was the exact average age of the girls in the youth group. They began weeks ago, when Mirita, fresh off her break-up, stung by Lazaro’s double betrayal (didn’t he say she was the only one? didn’t he swear to her that though Ingrid had him by the balls she — His Sweet Mirita! — had him by the heart? I want the heart and the balls, she’d said, proud to be so clever, and he’d said, mouth on her neck, Soon baby)—when Mirita went looking for some way toward whatever was next.

She’d suggested during Friday Night Fellowship: What about Ocean World?

JENNINE CAPÓ CRUCET‘s first book, How to Leave Hialeah, won the John Gardner Prize, the Iowa Short Fiction Award, the Devil’s Kitchen Award, and was named a Best Book of the Year by the Miami Herald, the New Times, and the Latinidad List. Her stories have appeared in the PEN/O. Henry Prize Anthology, Ploughshares, Virginia Quarterly Review, The Rumpus, Epoch, and elsewhere. A Bread Loaf Fellow and the fiction editor of the most recent edition of PEN Center USA’s Handbook for Writers, she serves on the Executive Board for VIDA: Women in Literary Arts. After several years of nonprofit work in South Central LA as a counselor to first-generation college students, she joined the creative writing faculty at Florida State University in 2011.