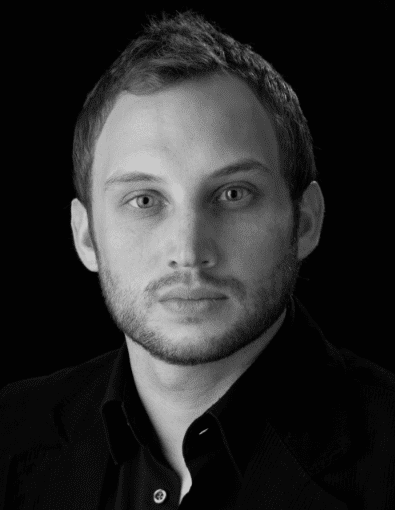 I want to think of them as having been
sent up ahead, the swift ones bearing news
of tides to follow, so we might get ready,
the dark swells and dips of starlings—or grackles—

being that impressive to watch in winter
gather nightly above the downtown square,
these grackles—or starlings—mostly unnoticed
until their purpose tips to overwhelming,

where surely some word has been given us.
Mostly I find them unpleasant, a grimy
congress of incomprehensibles bathing
in oil-stained puddles slowly cooking off

parking lots, or at trash cans, their sharp heads
stabbing after this soggy morsel of bun,
now this corruption of meat. Mostly they are
a nuisance. A tree unwise to walk nearby;

a beam risky to leave your car beneath.
And on the Internet—where my haphazard
compulsive search for understanding leads me—
someone’s posted a poorly captured and cut

video of “a starling (or a grackle,
sorry),” he or she writes, who’s just started
digging into another bird on the lawn,
while a bored looking rabbit and we look on

this meal. The eating continued for hours,
we’re told, and the music the maker’s spliced in
portends that this “appetite is tremendous,”
warns, “keep your eye on the barrel, a sparrow.”

Like the electron cloud in its cloudy diagram,
now you see it, now the heat-

flash on your skin from rope burn,
dog-eared page, heel

and spike—you can call it back,
a wall, perhaps, to drum

to prove permeable. They used to say the soul
gets in like that,

and so we had meat to knock against,
a tin plate for ringing out the bars.

or like my fists held out—Pick one.
If the animal were kinder, you’d think

they’d make that the standard,
remove the pressure from

the throat as delicate as a paper nest.
On this condition: what you have in hive

we hear first, a humming, an approach.
It is without any support, really,

your words, this container full
of communal beetles,

a vacancy you’re committed to. Here, then,
the insect’s carapace.

PAUL OTREMBA is the author of the poetry collection The Currency (2009) and the forthcoming Pax Americana, both from Four Way Books. His poems, reviews, and criticism have appeared in such places as The Kenyon Review, Virginia Quarterly Review, Witness, New England Review, The Houston Chronicle, The Washington Post, Poetry Daily, and American Poets in the 21st Century: The New Poetics.