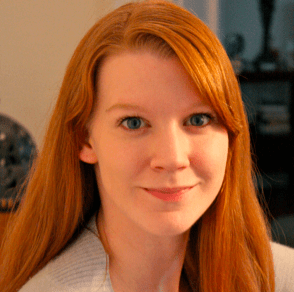 Corpse-dust spills all over
the floor, and twenty brooms

and bins cannot erase
the gray that settles.

The twenty crocodiles
in the bathroom eating

from my hands do nothing
but nothing. Those scaly

bastards with their teeth
spilling all over the floor—

beads for necklaces,
if anyone cared

on their way to baseball
and sheds stocked

in their lifetimes,
though they will dream

of single brown curls
on the sheets.

Their wives will crow
about this and that,

but at least they have wives
in this future. At least

there are more than
hours, oak, stain, and bleach.

First crawl underneath, suck in your gut and squeeze
past the central air duct. From your belly, you won’t

see much, but you may get a sense of proportion
or a glimpse of something silver—an opossum

or a meat hook. Later when you lay hands
to the hardwood, do not be surprised if you unearth

something meaner, if there is anything meaner left.
Once you leave your mother’s house,

she will make short work of her own behemoth
with its three-razored mouths and entrails inside-out.

If you do not have a mother, do not start this project.
Shake out your sewing bag instead, and build a city.

My face rearranges, and it’s beginning
to trouble me. The new passports, glasses,

fear of the bedroom mirror—
that there’s someone else here besides me.

Will this forehead bring you back?
Should I disguise my voice, sotto voce,

charm you with the lies I know you’ll like?
My breasts may give me away,

but my hips are lower somehow.
The truth is, we can be addicted to anything.

Pills, of course, but also the Saturday hymns
of witnesses next door or letting the RPMs rise

dangerously before shifting. I would dedicate
this to you, but you would box it up

with all the other accolades. It means less
when expected, like sex on holidays.

application of weight. Every morning, an unveiling—
let’s see if the parts still work.

ERICA WRIGHT is the author of Instructions for Killing the Jackal (Black Lawrence Press, 2011) and the chapbook Silt (Dancing Girl Press, 2009). She is also the poetry editor at Guernica.