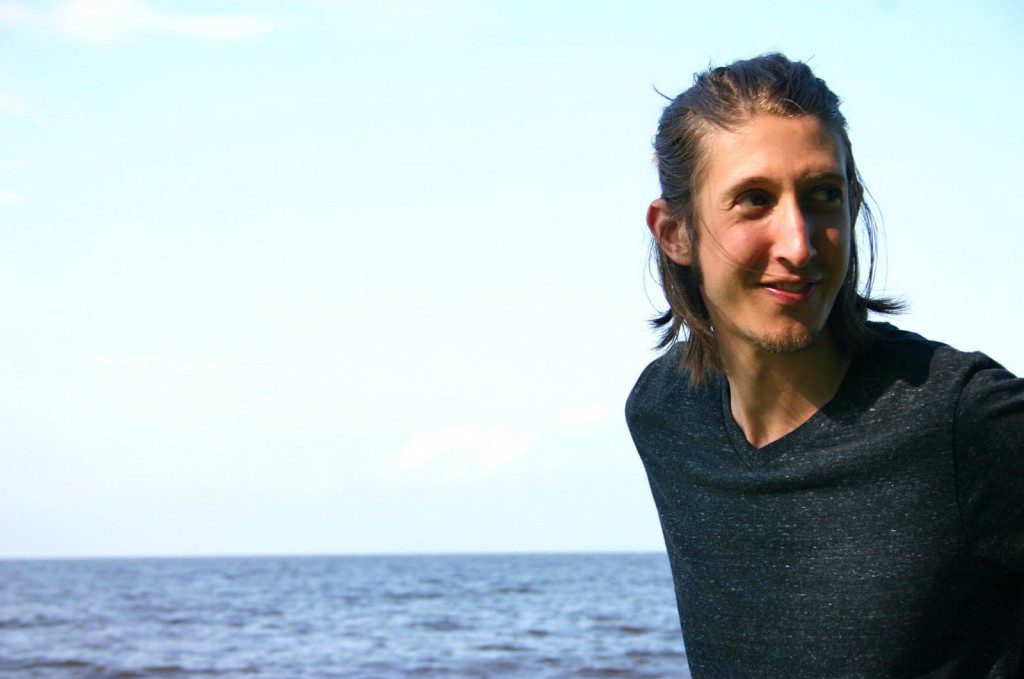 Reading Nick Demske’s poems in B O D Y this week brought me back to his outstanding first collection, Nick Demske, which won the Fence Books Prize in 2010. In his self-titled debut collection, Demske brings raucous energy and quick witted chaos to traditional forms, both honoring and subverting their formal pretexts with deftly-constructed inventions.

Holding a firm mirror to a shattered modern culture, Demske goes after both producers and consumers of crap. With wry self awareness, he takes every opportunity to include rather than exempt himself. Again and again, as the poems turn on themselves, Demske does the same to himself. It’s a smart move that allows him to take considerable risks with language and flip even the most abrasive expressions – and our assumptions about them – back on on themselves.

The core of Demske’s strength lies in his dextrous and conscious use of language – both quotidian and profane. As a poet, he expresses a keen understanding of the evocative fragment – whether fragments of received speech or fragments of words, employing punctuation and line breaks to startle the reader to attention. He is a master of judicious minimalism. If he belabors any points, he does it not with repetition of exposition but through quick, attention-grabbing maneuvers and copious subtle references.

Here, he quotes John Berryman, minimally, under the title of the collection’s opening poem, “Harlem Tectonica”: “me, wag” – evoking Berryman’s caustic alter-ego from the Dream Songs. What’s makes Demske’s use of quotes different from most poets is how each of them situate the poet’s relationship with the poem, rather than simply characterize the poems themselves.

In many poems, he breaks lines in a startling manner, subverting expectations, as in “Common Sense”:

I didn’t think it was loaded. But it was a kn
Ife. So we’re both right.

and in “Prism Break”:

and so on throughout the entire collection.

The word “loaded” in many ways serves as metaphor for the collection as a whole. As the quote from W.B. Yeats above “Common Sense” illustrates, “the very word is like a bell.” Demske makes ample use of loaded speech and isn’t coy about it. But what he calls into question again and again is the very assumption about what “loaded” means.

The fragmentation of speech and perspective (his, ours) is a tactic, sure, yet it rarely falls into gimmick; neither does it collapse into abstraction, as each brilliantly executed enjambment gives Demske space to clash metaphors, break observations and implode assumptions. Even when the images are surreal, delirious or even hysterical; whether the gun (or knife?) is pointed at himself or the idiots he encounters on YouTube, Demske’s wits are clearly about him.

Many of Demske’s poems both target and revel in the profanity of pop culture. Yet Demske never loses awareness of context. What, in colloquial speech, may be subverted by tone, gesture, context; in writing often appears unforgivably harsh. Yet Demske often uses himself – or rather, his name, and the Berryman-esque alter ego attached to it – as a pivotal, subversive object within the poems to challenge the reader’s assumptions about what the poet means.

If you want to know what Nick Demske is about, the title says it all. But by saying it all, it says only half of it. We cordially invite you to read Nick Demske for yourself.