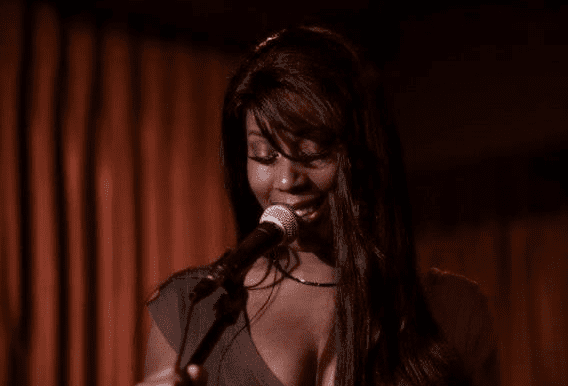 Editor’s note: This excerpt originally appeared under the name “The Spinning Wheel”. The author’s novel, now titled “Grace”, was published by Counterpoint Press in June 2016.

I died a nigga a long time ago.

Before you were born, before your mother was born, ‘fore your grandmother.

Still am I reckon. And everyone that was there that night is dead now too so it don’t matter that I was a nigga.

What matters is I had a daughter, who had daughters, and they had theirs. Family I coulda saved a whole lot of trouble by tellin ‘em the secrets I know.

For two days and two nights we been running.

Me, and the child inside me.

Pain is trying to get me to stop, make me push away the pain but I won’t push.

My pretty yellow dress is stained red and brown now. Not by the blood of the man I killed like they think. It’s mine.

The dark of night’s been hiding my running for a while, muffling the sounds of my chest gushing in and out from my own hard breaths. Every few steps, the blue light of the moon sneaks past the treetops and strokes my face, urgin me on–the only mercy I get in these hot Alabama woods. The Devil’s coming and I have to keep moving, for her, for me. But the pain’s burning so bad now, I cain’t hardly do nothing but fall against this old tree, hands slip-sliding down its trunk, stinging.

“Please, baby. Please stay. They want to kill us. Stay inside, I keep us safe.”

Barking from the hunting dogs is shooting across the air, bumping around inside me. They musta smelt me on the branches that brushed across me and snapped under my feet. I have to move faster, run like Sister once told me to.

But this baby got a plan. Her head’s at my opening spot, burning hot, ripping my hips wide apart, carving a way out.

I hold in my screams and bow-over hard in the dirt, knees first. A man’s voice shouts, “This way! She’s up this way.”
I want to live.

Want this baby to live.

But she’s betraying me. Every muscle in my body’s slamming shut so I push. She’s tearing through me. I push. I don’t want to, but I push, screaming mute deep inside myself, pushing so hard but hollering so low they cain’t hear me.

A wave of warm pours out of me, carrying my joy and deep sorrow. Before God and this oak tree, she come. And she don’t cry. I guess she want us to live, too. Want me to teach her things, keep her from the pain I been through. I move her into the triangle of moonlight that sets my arm aglow. She see me and I see in her the good part of love.

The weight of ‘em push me over—these dogs, clawing and biting at my back. But the pain ain’t gonna make me give her up to ‘em. I got to protect her, get up, keep running.

I feel my legs, so I bend ‘em. Feel ‘em firm on the ground, so I push up. I hold her close with one arm and pull up with the other. I can make it. I tell myself again how to run, counting my steps—one two, one two, one two.

A flash of light. A loud pop.

My last thought is to not fall on my baby.

NATASHIA DEÓN is a Los Angeles attorney, writer, and law professor. Creator of the reading series Dirty Laundry Lit, her debut novel is due to be released in the summer of 2016 with Counterpoint Press. Her writing has appeared in The Rattling Wall, The Rumpus, The Feminist Wire, and other places.