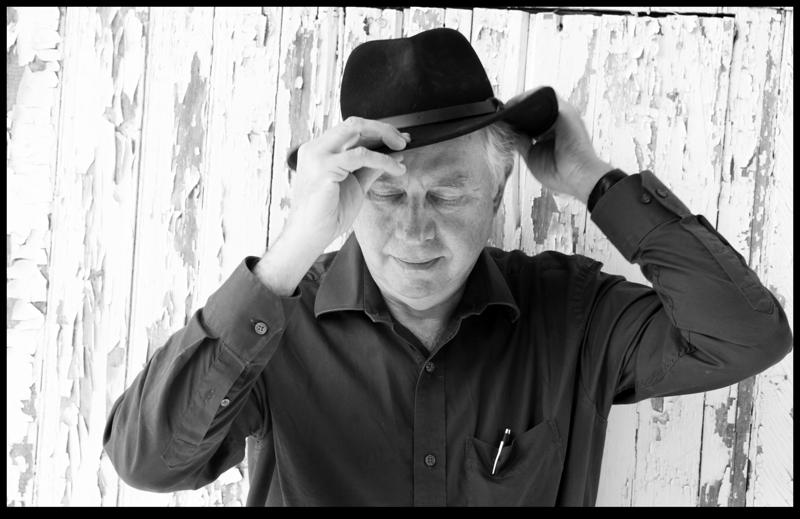 I fell with nothing to
slow my fall except my
body. Enough to save
me for now, I thought
in the blue from which
my second thoughts
emerged as true. I
thought I was thinking
forever in the minute
I fell like a son who’d
given his wings back
to his father, like
an ankh without its
chain. I thought of
you in the cloud from
which I’d leapt like
Septimus. “Good for
me!” I yelled. “Good
for you.” Better to fall,
than live on a cloud
with her and nothing
to do. Better to crash
from such a great height
than re-main in the blue.
Better to die from hitting
the ground at the speed
of light than die aloft
from too much love.
Better to die in the
arms of…”

Halfway down: the sight of a doe
through the trees in the meadow.
I stopped to stare at her staring at me.
The stillness arced between us
in a current that equaled strangeness
over time, and since the math was wild,
so charged with words the letters
blurred on the line of sky and ground—
mind and meadow—the creature turned
eternal in her leap away, transfigured,
gone, leaving me as a vision of the man
she carried with her beyond the meadow
into the next meadow and the meadow
after that, until I faded from her memory
like a dream that was only a dream
in the sun-filled meadow. I sang in
the chorus then of birds, embraced an oak
and danced with it in the stillness she had freed.

AT THE BARDO BARBER

He sat in the chair as the pole outside
turned the years and scissors flashed
around his ears and his gorgeous hair
rose like a wave on the vacuumed floor
and blocked the exit to the upper world.

My Father made eyes at Suzie
in the cafeteria the day before he died.
Ignored her pleas to swallow
the thickened water.
Went straight for her
with death on his shoulder.
Oh, besotted critical father,
ready to fall like a child into her arms.
Swim over with her to the other side.
Swing the scythe.
Lash the ricks.
Drink the water.

CHARD DENIORD is the author of four books of poetry, The Double Truth (forthcoming in January, 2011 from the University of Pittsburgh Press), Night Mowing (The University of Pittsburgh Press, 2005), Sharp Golden Thorn (Marsh Hawk Press, 2003), and Asleep in the Fire (University of Alabama Press, 1990). His book of interviews with senior American poets, Sad Friends, Drowned Lovers, Stapled Songs, appeared in the Fall of 2011 from Marick Press. His poems, interviews and essays have appeared recently in Best of The Pushcart Prize, New England Review, Best American Poetry, Hudson Review, American Poetry Review, Ploughshares, The Southern Review and Salmagundi. He is the co-founder of the New England College MFA Program in Poetry and an associate professor of English at Providence College. He lives in Putney, Vermont with his wife Liz, and their dog, Soze. www.charddeniord.com