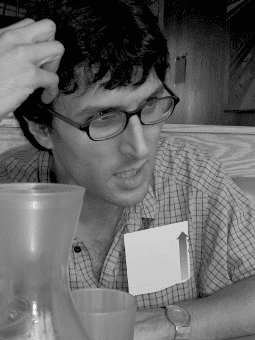 A CELTIC KNOT WITH ITS LACES CINCHED

I BALANCED a sword on my head, dropped to my knees and earnestly vowed
I would never again APOLOGIZE on command.

I am done with Apology Culture, done with tendering and accepting. If I’m
Commanded, I refuse; forced to listen, I stop my ears.

That place on the plate for the cup? that crater-like shallow socket—?
Its grip on the cup is comparable to my grip on social reality.

And if it doesn’t always work? well! and why should we be surprised?
If it worked every time, you could hardly call it magic.

If it works every time, it’s PHYSICS and contractual obligation.
A Celtic knot with its laces cinched can never be an emblem for magic.

And check out that fancy little fucker steppin’ ahead there!
The bestselling poet in America, with the morals of a drug addict.

And putting thát struggling cat in the hall is like trying to shove a bunch of feathers
Into the roaring face of an auditorium fan.

The cat DEMATERIALIZES and reappears behind you.
Ungatherable, a galaxy of swirling feline hydrogen.

For every bragging wretch, the world will hunt up an adventurous girl.
Oh, you self-appointed trickster god, you will never lack a girl.

YOU’LL never lack a girl, and lightning never lacks a target. ANATHA-
MADRID has sent you a text message. Says: Don’t get on that plane.

ANTHONY MADRID lives in Chicago. His poems have recently appeared or are forthcoming in AGNI Online, Boston Review, Fence, Gulf Coast, Iowa Review, Lana Turner, LIT, Poetry, Washington Square, and WEB CONJUNCTIONS. His first book, called I AM YOUR SLAVE NOW DO WHAT I SAY, was published by Canarium Books, April 2012.